Every April, Bloomington becomes obsessed with one thing: the Little 500. The day-long, non-stop action of Qualifications. The head-to-head rider battles in Individual Time Trials and Miss ‘N Out. The team challenge of Team Pursuit. And, of course, race day itself.

Spring finally bringing sunshine and warm weather back to Bloomington (usually). Fans painting their chests for their favorite teams. Students belting out their house chant. Straight No Chaser performing “Back Home Again in Indiana.” Fred Glass saying the magical words, “Riders, mount your Little 500 bicycles.” The crashes. The competition. The rivalry. The victory pose. The lone champion.

Ask anyone who has been before. There’s nothing else like it.

And we here at 33to1 want to take you inside the World’s Greatest College Weekend and all of the events building up to it.

We’ll take you behind the scenes of some of the most notable teams and explain how they got to where they are. We’ll write the profiles of all the riders you’ll need to know about for race day, and what motivates them to be a Little 500 champion. We’ll show you what a Little 500 practice is like. We’ll introduce you to the newcomers. We’ll compile notable stats (like qualifying position) in one easy location.

We’ll give you everything you need to know leading up to race day, and then break down the big event with stories, amazing photography and maybe even a video or two.

So who are we, anyway?

Maybe I should start by introducing myself. I’m Robby Howard, and I’m a senior here at IU studying journalism. My love affair with the race started my sophomore year when I called the men’s race for WIUX and covered the women’s race for The Times of Northwest Indiana. I loved every minute of it, despite the rain in the women’s race, and knew I was hooked. I had to find a way to cover it again the next year.

And lucky for me, I managed to get assigned the Little 500 beat for the Indiana Daily Student. I got to hang out at the track and talk to riders and get to know them. I learned about their personalities. I learned their strategies. And I got to tell their stories.

At the end of the men’s race, I had talked to Beta’s Will Kragie so many times that amidst his post-race celebration with his fans and his mom, when he saw me walk up, he told her, “I love you mom, but I have to go talk to Robby now.” And then he hugged me.

I love telling people’s stories and getting the chance to go inside their lives. It’s my favorite part of being a sports journalist.

This year, I’ve moved on from the IDS to a professional publication that covers Indiana athletics, and is thus a rival of the IDS, but does not cover Little 500. I knew I had to find an excuse to get back to the track. When no other writing or reporting opportunities opened up, I decided on a whim to ask veteran Little 500 reporters Jordan Littman, who covered the 2012 race and was my editor last year, and Clayton Moore, who was the IDS photo editor last year and shot nearly every single Little 500 event in 2013 (and has shot all of the pictures for our website), if they would be interested in starting a website devoted to covering the Little 500.

And thank God they said yes, because they’re both much better at their jobs than I am, and I can’t think of any two reporters who are more passionate about the race than them.

We’re really excited for this project, and we hope you are, too.

Keep checking back here for more content during the following month. We’re a work in progress, so stay with us. Take a look around at our various pages. We’ve got places for you to stay up to date with the qualifying order, the Spring Series standings and links to great resources from the IU Student Foundation. We’re confident you’ll find something you like or find useful.

But no other site is doing what we’re doing. No one ever has, actually. 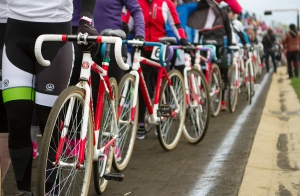 One thought on “Welcome to the World’s Greatest College Weekend”