Back-to-back defending champions Kappa Alpha Theta put up the third fastest time in women’s qualifications history (2:36.634) to take the pole, and on the men’s side, Cutters recorded its fastest Little 500 qualifications time (2:18.779) in its long history to secure the men’s pole.

In the storied history of the Cutters, the winningest team in the Little 500, it is just the team’s fourth pole. Its last came in 2010, and the team won the race from the pole position that year. 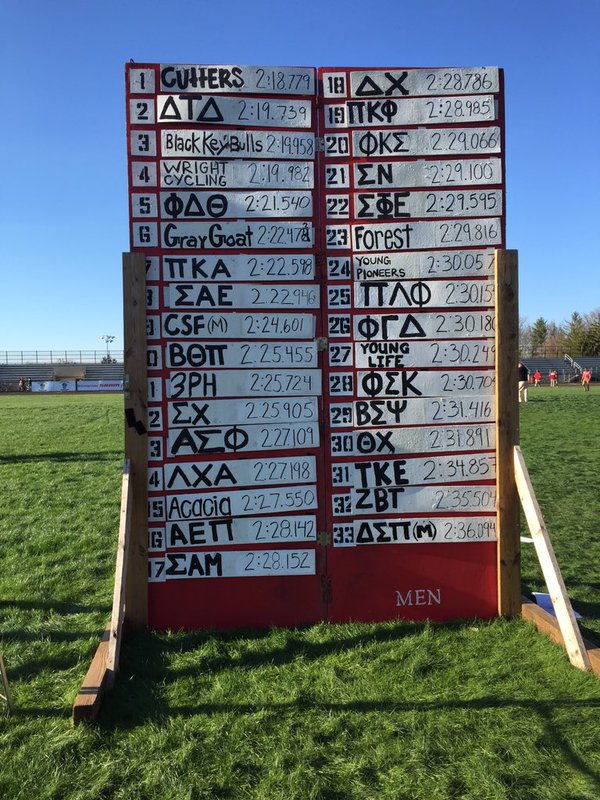 For Theta, it is the team’s sixth pole in team history, and its first since 1994. That year, Theta also won the race.

But the top end speed didn’t end at just the pole position.

Three other teams on both the mens and women’s side recorded elite times.

For the first time since 2011, only 32 women’s teams qualified for the race as only 32 showed up to qualifications.

Pi Lambda Phi qualified 25th to make its first appearance in the Little 500 since 1955, and just its third appearance ever.

Acacia qualified 15th to make its first appearance in the Little 500 since 2012. Prior to that, Acacia had been in every race since 1953.

Young Pioneers is making its first ever appearance in the race, where it will start 24.

Tau Kappa Epsilon qualified 31st to make its first appearance since 1993. It needed its third attempt to make the race, and had to bump a team to make it in.