She doesn’t exactly remember how it happened. She doesn’t need to. All that matters is that Sherwood, a fifth-year senior riding in her third and final Little 500, leaves the track at Bill Armstrong Stadium as a champion.

“It took about a second for it to sink in, but I just barely saw that I had her by like a tire width,” Sherwood said of the photo finish. “I felt like I had a little bit more in me. If the starting line was just a little bit further back, I would’ve been fine. But I may have made my move a little bit too late. But I guess it still worked.”

Photo of the margin of victory for @PhoenixCycling1 beating @DeeGeeCycling to the line to win the Women's #Little500 pic.twitter.com/LFlIQwvivh

Last year, Sherwood was on the bike for Phoenix when a crash in the lead peloton on lap 99 prevented the sprint finish that everyone was hoping for. Sherwood and Phoenix had to settle for second without even getting a chance to fight for first as the race finished under yellow and riders weren’t allowed to advance or make racing moves. 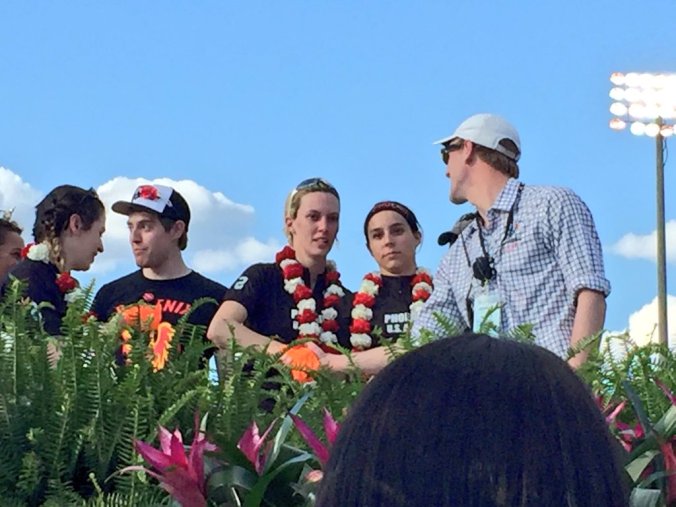 Last year, she had to finish second in both Miss ‘N Out and Individual Time Trials to Kappa Alpha Theta’s Liz Lieberman. She was second, second, second.

This year, Sherwood took the ITT title. She took the MNO title. And, most importantly of all, she etched Phoenix Cycling’s name into the Borg Warner trophy.

“She’s worked so hard all year,” Phoenix rider Lauren Brand said. “She deserved to win the sprint finish I think.

“She was so exhausted. She literally left every single ounce of whatever there is in her on the track.”

Sherwood got on the bike on lap 94. She had a bit of work to do. With 5 to go, Phoenix was still 2.27 seconds back of the then-leader, Alpha Omicron Pi. Phoenix was in fifth.

And Sherwood had already done a lot of work to get her team there, including riding the first 27 laps of the race.

The fastest lap of the race for all the top teams, except for Kappa Alpha Theta, came on lap 27, when Sherwood went in for an exchange. Teams were actively trying to prevent her from getting a sprint finish.

“We knew we had to make her work a lot,” Teter senior Kelsey Kluesner said. “We rode a race to try to beat her, and she was just still fresh at the end.”

Kluesner said that going into the race, there were teams who had talked about trying to push the pace to prevent a final sprint with Sherwood, widely accepted as the most dominant individual rider in the field.

And Sherwood knew all about it.

“We were pretty confident in whatever would play out,” Sherwood said. “But we knew that nobody would want to sprint against me. And they didn’t. And it hurt a lot. I’m just so proud of my team. I love them so much. They did amazing today.”

Joining Sherwood and Brand as part of the championship Phoenix team were Clara Butler and Melissa Ragatz. All four riders are seniors. 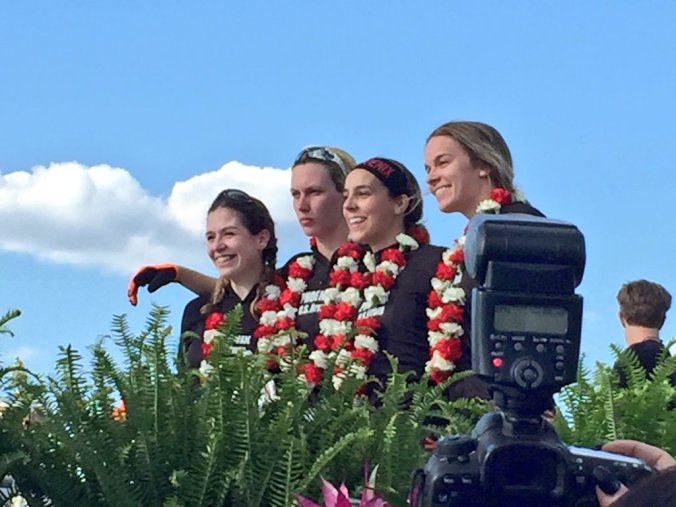 Teter was able to fight off Theta for third. The fourth place finish for Theta snaps their streak of back-to-back victories. No women’s team has ever won three races in a row.

Alpha Omicron Pi rounded out the top 5. The fifth place finish was the best finish in AOPi’s program history, and the team’s third ever top-10.

Sherwood’s move on Bignal came at the very apex of Turn 4 on the final lap. The two riders had popped out of Turn 2, leaving both Kluesner, who was actually supposed to come off the bike with three laps to go, but was unable to, and Theta to fight for position for third place.

Sherwood sat on Bignal’s wheel right until Turn 4 when she moved to the outside. She didn’t actually nose in front of her until about 3-5 feet before the finish line.

“The only person I was really worried about was Kristen Bignal,” Brand said of watching the final lap from the pit, “but honestly, I never doubted that Tabitha wouldn’t get first because she’s the most strong-willed, dedicated person, and there was no way she was going to let someone beat her. I honestly was not worried.” 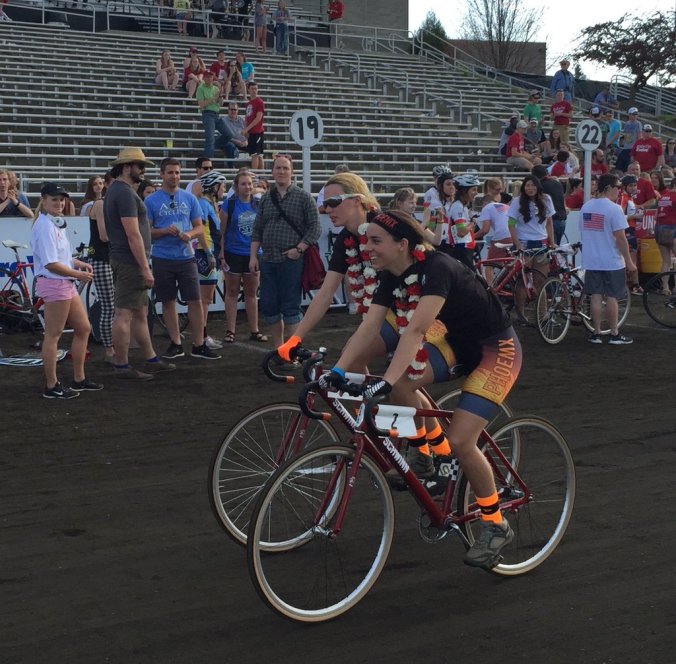