BLOOMINGTON — The fans chanted MVP at him. They hugged him every time he turned around. He kissed the cinders with his best friends. He hoisted his team’s bike. He showed off a new ring. He smiled for pictures with his teammates – and the BorgWarner trophy.

It was exactly how Delta Tau Delta senior Luke Tormoehlen had envisioned it in his head all along.

After popping out of Turn 2 on the final lap of Saturday’s 66th men’s Little 500 at Bill Armstrong Stadium, Tormoehlen jetted around Sigma Alpha Epsilon and then advanced around Black Key Bulls to give the Delts their second Little 500 victory.

“I can’t even put it into words,” Tormoehlen said of what it meant to win in his senior year. “It’s good when a vision comes true. It’s three years of my life revolving around this race, and all of the hard work and dedication toward an ultimate goal paid off.”

Tormoehlen got on the bike with about 10 laps to go. On a day that saw some crazy wrecks and some issues with the track, Delts had managed to avoid getting caught up in any of it, and were with the leaders all day.

“It was very ideal,” Tormoehlen said of how the race played out. “It’s been a long week mentally. We’ve gone through every scenario, and it just happened that the best case scenario happened on race day, and I have to thank my three teammates for that for putting me in a position to win.”

The goal all along was to get the bike to Tormoehlen at the end and have Delts in a position for him to challenge for the win.

Tormoehlen’s teammates – Jack Moore, Will Lussenhop and Griffin Casey – were able to do that.

And they were able to keep Tormoehlen from having to push himself too hard early in the race, allowing him to be fresh for the sprint.

“We weren’t going to try to break away,” Tormoehlen said of the team’s strategy. “We were just going to try to ride a smart race and get good burns. They really responded. I’m really proud of Jack Moore, Will Lussenhop and Griffin Casey because without them, we would not be here today.”

In that sprint, Tormoehlen had to beat SAE’s Joe Krahulik, the rider who had been the thorn in Tormoehlen’s side all spring. Krahulik had won ITTs, with Tormoehlen finishing second. Krahulk, and his brother Andy Krahulik, had teamed up together in MNO, forcing Tormoehlen to settle for third.

But it never worried Tormoehlen seeing Krahulik on the bike late in the race, knowing they would, again, be sprinting against each other.

“I was just happy that I had an opportunity to sprint because I feel like that was my strongest asset to win the race,” Tormoehlen said. “Hats off to SAE. Hats off to BKB, Cutters. They all rode a hell of a race.” 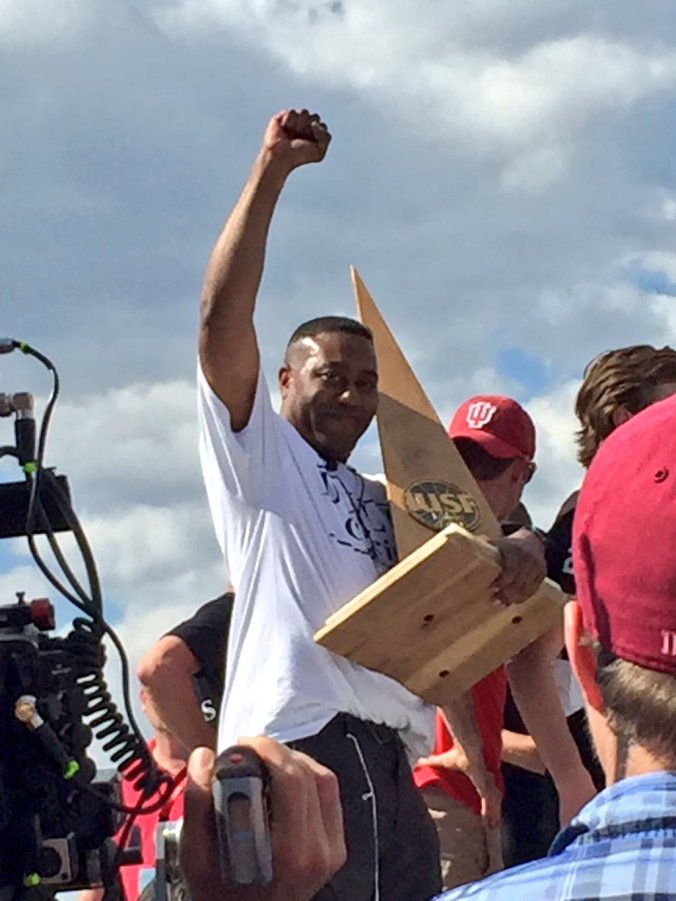 Going into the final lap, BKB’s Nick Hartman was leading with Krahulik in second and Tormoehlen in third.

Hartman felt confident. Like Tormoehlen, everything was playing out exactly as he wanted it, too. Track conditions weren’t great. He was able to rest up for a sprint. He got on the bike exactly when he wanted to. He was able to not do a ton of work.

“I’m going to keep telling myself this for the rest of my damn life. This was like the perfect everything for me,” Hartman said. “I had a bad track. I was in the lead. I like stuff like that.

“I don’t know what’s better, to run out of gas or to do the wrong thing. I ran out of gas. I know what that feels like. It was a good race. Everything went right, which is kind of annoying. We just came up short.”

Tormoehlen beat SAE by 1.06 seconds and BKB by 1.36 seconds. Cutters and 3PH rounded out the top 5. There was no one around Tormoehlen when he raised his left arm straight to the sky after crossing the finish line first.

“Once I saw him come around me,” Hartman said, “he came around me so strong that it was like, ‘Not gonna get him.’ I knew it was over.”

So @LukeAtMeNow__ was third starting the final lap. Great pop out of Turn 2 to take the lead for good. @DeltCycling pic.twitter.com/iU3sxOJVaT

Andy Krahulik, watching his brother on the last lap, felt as if his SAE team came up just short because of his brother’s two crashes which resulted in multiple deep gashes on Joe’s left side. Andy felt Joe took Turn 1, where he had crashed previously, a little too timid, adding it was rightfully so that Joe did.

And then it was Tormoehlen’s talent that took over.

“Tormoehlen,” Andy Krahulik said, “he’s got – he’s got another gear.”

While talking to media, Tormoehlen was interrupted by a friend flashing his phone in front of Tormoehlen’s face. It was a shot of the time of the final lap.

Tormoehlen had done a 30.5 second lap to cruise to victory.

Last year, Tormoehlen was nearly able to guide Delts to victory as part of a team that attempted to run out in front of the field. A pack was eventually able to bridge to Delts late in the race, and Delts couldn’t stay up in the sprint.

But coming that close, Tormoehlen knew and appreciated just how many things have to fall exactly in place to be able to live out the dream scenario every rider envisions of being able to take a victory lap with all your best friends by your side. 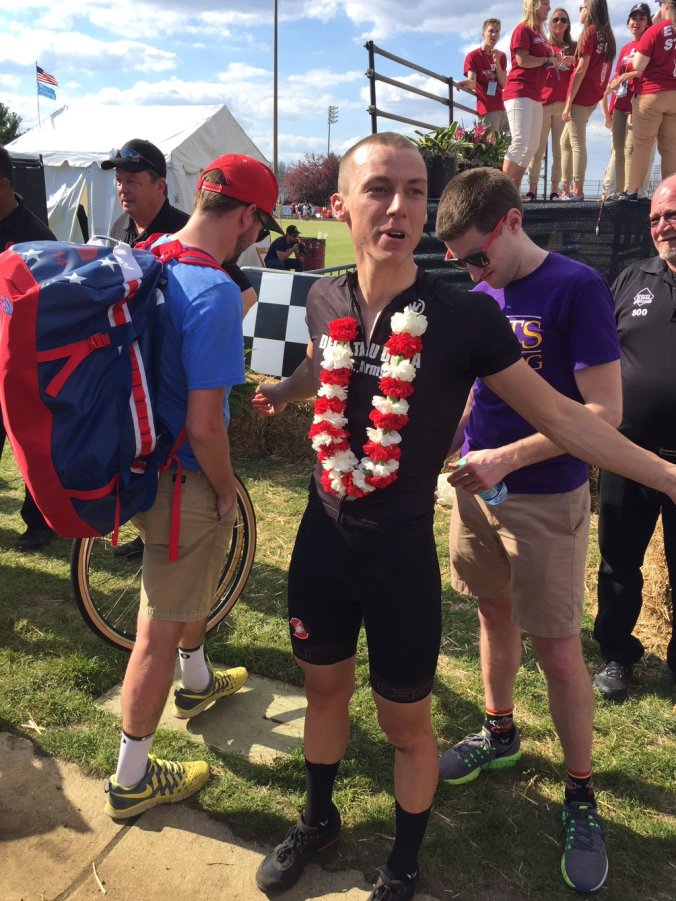